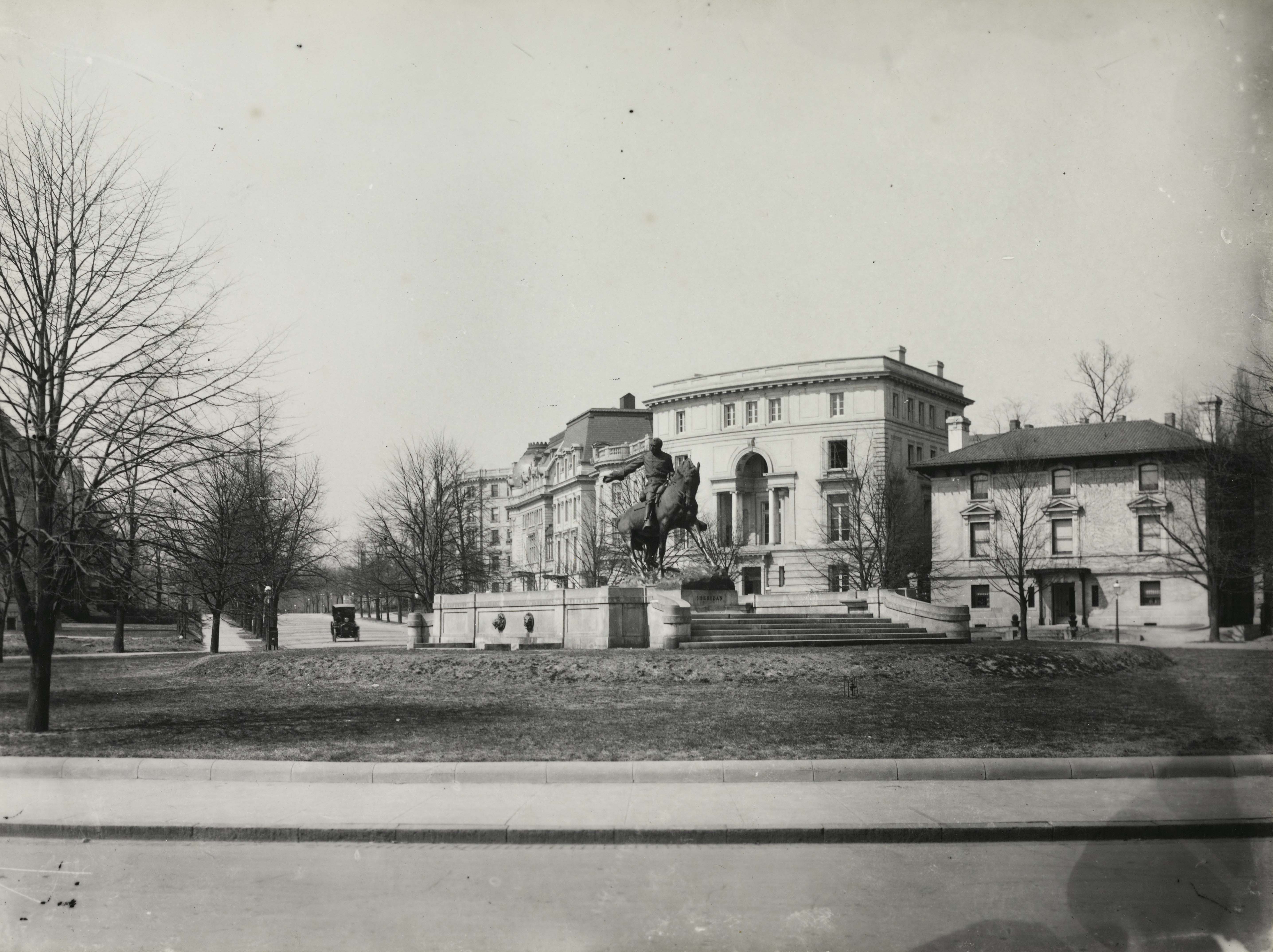 The two miles of Massachusetts Avenue in Washington, D.C. that extend west from Dupont Circle to Wisconsin Avenue “may be the last intact grand avenue in the nation,” according to historian Jan Cigliano.  This grand avenue took shape in 1900, when city leaders chose to plant double rows of American lindens along what today is known as Embassy Row.  These double rows were intended to echo classical architecture and to provide a shady promenade through a newly developed part of the city.  In time, the elegance of the landscape matched that of the Beaux Arts mansions being erected along the avenue, one observer likening the effect to “an open-air salon of the street.”  By the 1970s, though, sections of the grand Massachusetts Avenue tree canopy were in decline or lost to development.  Enter Restore Mass Ave, a non-profit dedicated to restoring the historic double rows of trees and bringing attention to Embassy Row’s landscape legacy.  Join Restore Mass Ave Founder and President Deborah Shapley on a walking tour that will reveal

- where the original landscape plan can still be seen;

- why the linden tree is a fascinating species;

- where Restore Mass Ave has planted hundreds of new trees.

Guest Expert Deborah Shapley, an historian and activist, formed Restore Mass Ave with a group of her Sheridan-Kalorama Historic District neighbors in 2006.  The group has arranged planting of more than 450 new trees and care for 1000, and helped the many stakeholders with improving greenspace.

Each walking tour participant will receive a free copy of A Grand Avenue Revival: Massachusetts Avenue Landscape History & Design Guide.  The booklet was supported by the National Trust for Historic Preservation and local groups and won the DC Preservation League Award for Excellence in Education in 2015.

Be sure to also join us for the companion Virtual Experience, "A Grand Avenue Revival: Restoring Massachusetts Avenue's Historic Landscape," on Wednesday, September 15, 2021 at 7:00 p.m.