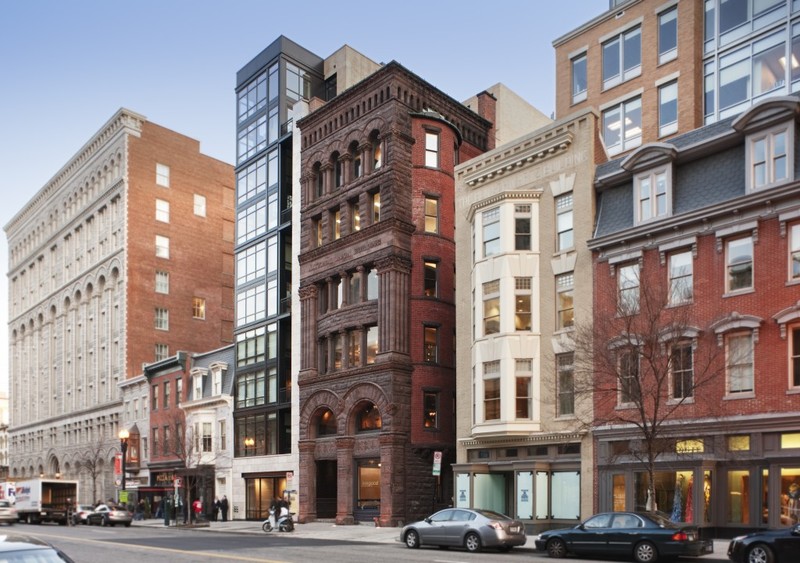 Believe it or not, F Street, NW in downtown Washington, D.C. was once the most fashionable residential street in the city.

The Civil War Brought About Change

Until the 1860s, stately row houses were owned by rich elites whose residences lined both sides of the street.  Then, following the U.S. Civil War, the rows of townhomes were replaced by distinctive office, bank, and retail buildings, transforming the blocks of F Street between 7th and 15th Streets into a bustling commercial hub.

How F Street History Has Been Celebrated

Streets of Washington author John DeFerrari has devoted many a blog post to describing these buildings and their significance to D.C’s architectural and cultural history. A surprising number are still standing and many are landmarked. Join John for a stroll along one of the most important thoroughfares in the city and relive the glory days of downtown.

The walk will conclude at the Downtown Holiday Market, an outdoor shopping village that appears along F Street every year between mid-November and December 23.

John DeFerrari is a native Washingtonian with a passion for local history.  He is the reviews editor for Washington History magazine and author of: Lost Washington, D.C.; Capital Eats: Historic Restaurants of Washington, D.C.; and Capital Streetcars: Early Mass Transit in Washington, D.C.  John serves on the board of the D.C. Preservation League and the Friends of Peirce Mill.

Where
Meet at the northeast corner of F and 15th Streets, NW, by the Rhodes Tavern plaques.
Questions? Answers here.