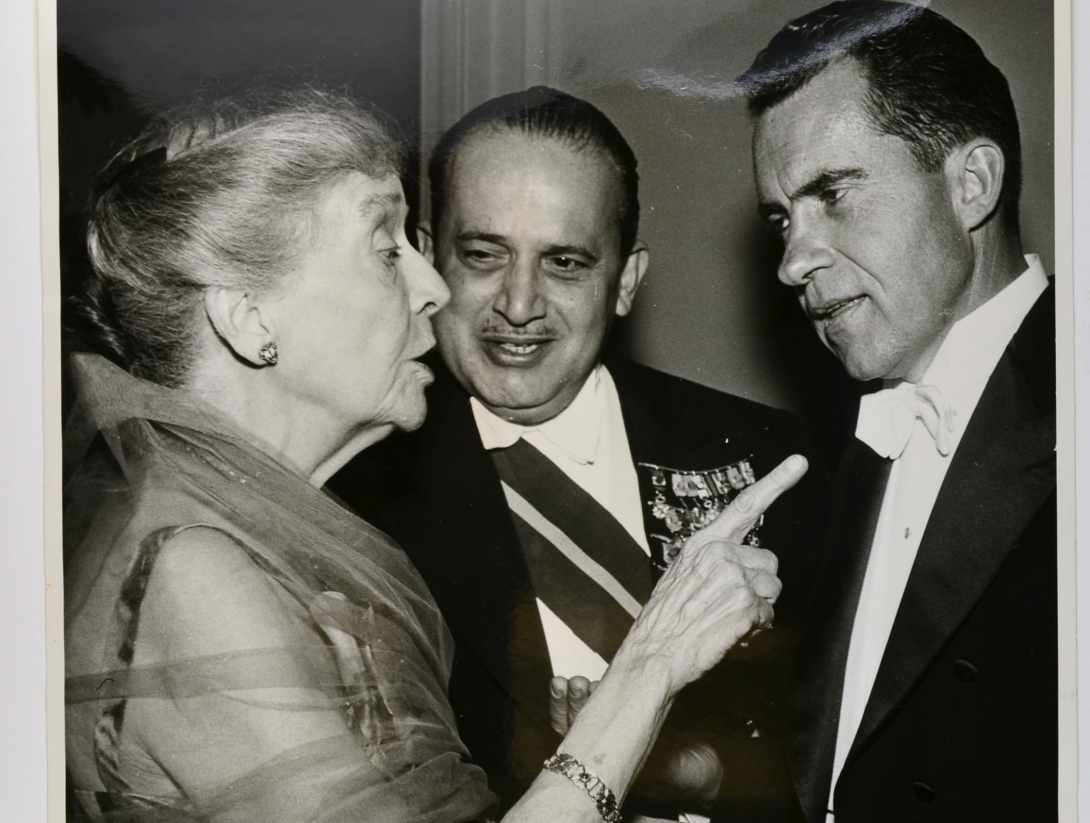 Theodore Roosevelt’s devilish daughter Alice captivated the country when her father became president at the turn of the twentieth century.  Eighty years later, America’s political princess was still beguiling the likes of Bobby Kennedy, Richard Nixon and Buckminster Fuller.  Few realize, however, that the brilliant woman behind well-known quotes like “If you haven’t got anything nice to say about anyone, come and sit here by me,” could be painfully shy.  What’s often left out of popular accounts of her life (but not out of this presentation!) is how Alice both influenced American politics and opened doors for women during a life that spanned nearly 100 years.

This presentation is inspired by Washington Walks’ Embassy Row walking tour and will be presented by guide Mary Anne Hoffman.  Mary Anne has led the walk of Embassy Row since 2003 and became fascinated by Alice Roosevelt Longworth the first time she paused her tour participants in front of Mrs. L’s Massachusetts Avenue townhouse.

"I thought Mary Anne’s in-depth knowledge of Alice was unparalleled, displaying the impressive amount of research which must have gone into it.  Along with that, her sheer verve and enthusiasm kept me fascinated.  I also liked very much your format of questions and answers in which I thought you worked very well together.  I live in London and have enjoyed London Walks many times.  They could certainly take a page out of your book!"  -Virginia T.