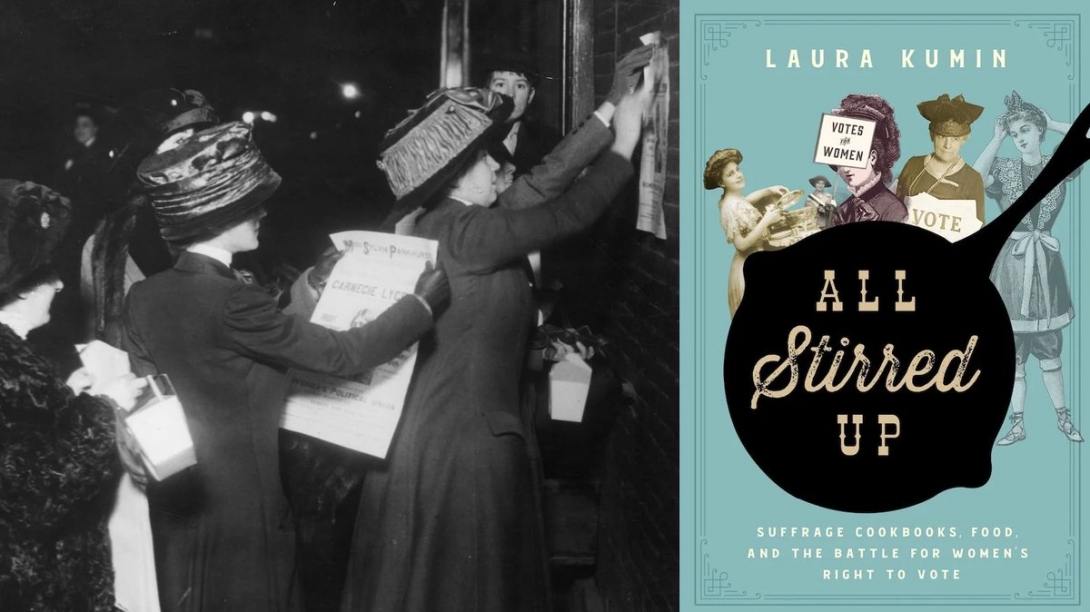 All Stirred Up: Suffrage Cookbooks, Food, and the Battle for Women’s Right to Vote

If the battle for suffrage brings to mind images of picketers and women in long white dresses parading on city streets, you’re in for a surprise. Women also won the vote with cookbooks and cakes. Learn how opponents of women’s suffrage kept battling even after the 19th Amendment was ratified by the states and how long it took for women of color to truly receive rights that should have been guaranteed by the new amendment.  Find out how to make a Pie for a Suffragist’s Doubting Husband and how the invention of Tastykakes fits into the story of suffrage.

Presented by Laura Kumin, author of the newly-released All Stirred Up: Suffrage Cookbooks, Food, and the Battle for Women’s Right to Vote and The Hamilton Cookbook: Cooking, Eating & Entertaining in Hamilton’s World. After a long career as a lawyer, Laura became an author, teacher and cooking coach. Her specialty is combining history/culture and cooking, with an eye toward illuminating the little-known corners of a historical period or movement.  At her blog, Mother Would Know, Laura encourages readers to become confident and creative home cooks.