Assassination on Embassy Row: The Killing of Orlando Letelier and the Dangers Diplomats Face

Those Secret Service police cruisers you see racing around downtown, along the Mall and up and down Massachusetts Avenue? They not only protect the President and Vice President, they also shield hundreds of embassy properties and thousands of foreign diplomats based in Washington, D.C.  In a world where diplomats are high-value targets, Washington is considered an especially safe place to be.  But it didn’t seem that way one September morning in 1976 when a prominent former Chilean diplomat was murdered in Sheridan Circle.  Washington Walks guide and former U.S. ambassador Mark Bellamy discusses one the most spectacular terrorist acts in D.C. history and the threats facing diplomats in an increasingly violent world. 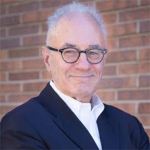 Mark Bellamy joined Washington Walks as a guide in 2020. He is a retired Foreign Service Officer, Defense Department official, and university professor. Born in Oklahoma and raised in California, Mark has lived extensively overseas but has made Washington D.C. his permanent U.S. home since 1977.