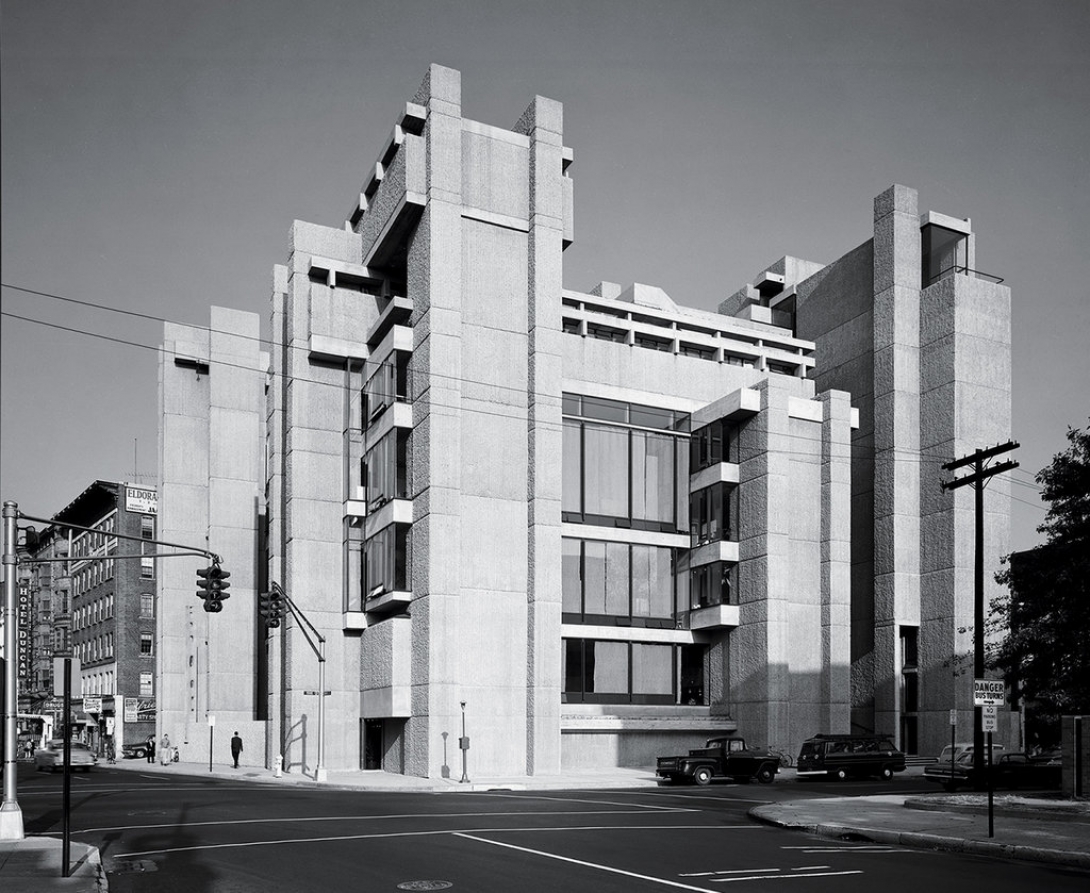 No 20th-century architecture style elicits a more polarizing reaction from the viewer than Brutalism.  Specific buildings such as the J. Edgar Hoover FBI Building in Washington, D.C. or the Boston City Hall are reviled by much of the public.  When a mysterious fire in 1969 damaged the Yale Art and Architecture Building (pictured above), whose architect, Paul Rudolph, is considered a Brutalist master, disgruntled students were suspected of starting the blaze, an enraged reaction to what they considered the building’s design flaws and soulless quality.  Yet are Brutalist buildings truly brutal?  Do they deserve to be imploded, the remains of their monumental concrete edifices bulldozed away?  Not so fast, say some, Brutalist buildings are misunderstood.  In fact, a group of Boston architects has described them as heroic—“powerful, singular, aspiring to the iconic.” Take up the debate yourself during this excursion through the history of this short-lived but influential architectural movement and discover its impact on Washington, D.C.

Presented by Deane Madsen, a writer and architectural photographer living and working in Washington, D.C. He is the founder of Brutalist DC, an online appreciation society for Brutalist architecture in the nation’s capital, and the former associate editor of design for Architect Magazine, where he covered architectural news and awards. In 2016 Deane created the Brutalist Washington map published by Blue Crow Media.