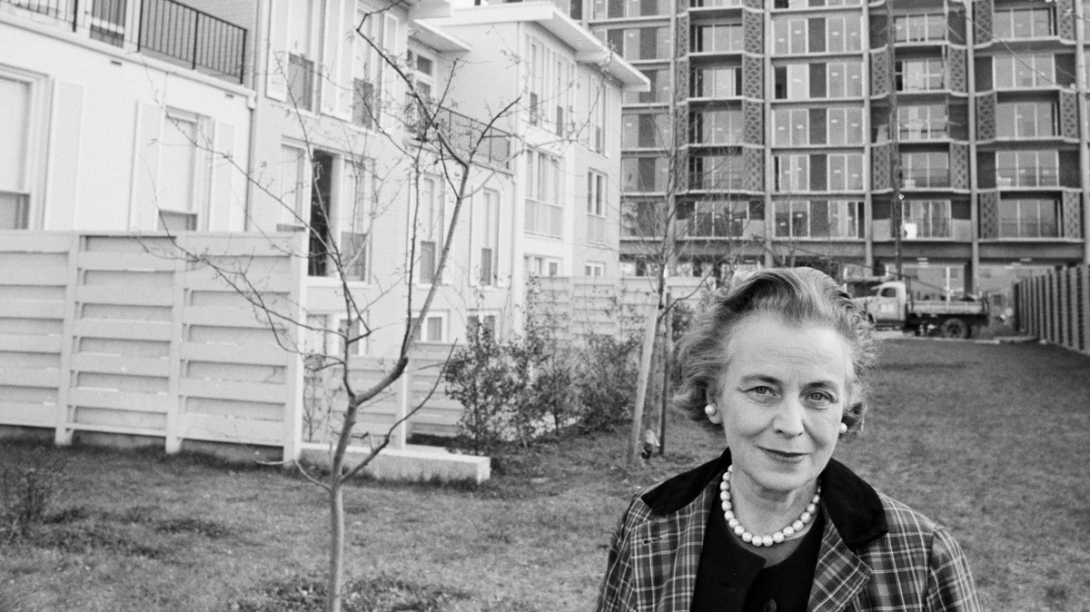 Chloethiel Woodard Smith: From Southwest to Northwest One

Head of the first large female-owned architecture firm in the U.S., Chloethiel Woodard Smith made an immense impact on modern Washington, D.C.  Most famously, she used the vocabulary of modernism to design enduring residential buildings in Southwest, D.C.  Urban renewal forced stark elimination of the 19th-century Southwest built environment, yet Woodard Smith’s architecture and vision as an urban planner exemplify why the federal government placed great hope in redevelopment. Multi-family buildings Chloethiel designed were intended to accommodate various income levels; the housing was open to all regardless of race.   This approach and policy also applied to Tyler House, a residential building she designed in D.C.’s Northwest One neighborhood.  Like Southwest, D.C. sixty years ago, this working class section of the city is poised for redevelopment.  What’s the future of Woodard Smith’s building?  What lessons learned from the 1960s urban renewal era will influence the future of Northwest One?

Carolyn Crouch is the founder of Washington Walks and a resident of Southwest, D.C.  Capitol Park, where she first rented an apartment upon arriving in Washington, was designed by Chloethiel Woodard Smith.

Melissa R. Daniel is an architectural designer in Maryland, and the creator and host of the Architecture is Political, a podcast where Black and Brown folks have a conversation about architecture. She served as executive co-chair of the 2017 AIA Women’s Leadership Summit, and was a recipient of a 2018 AIA Associates Award.  She lived in Tower House, the Chloethiel Woodard Smith building in Northwest One, until age 16.