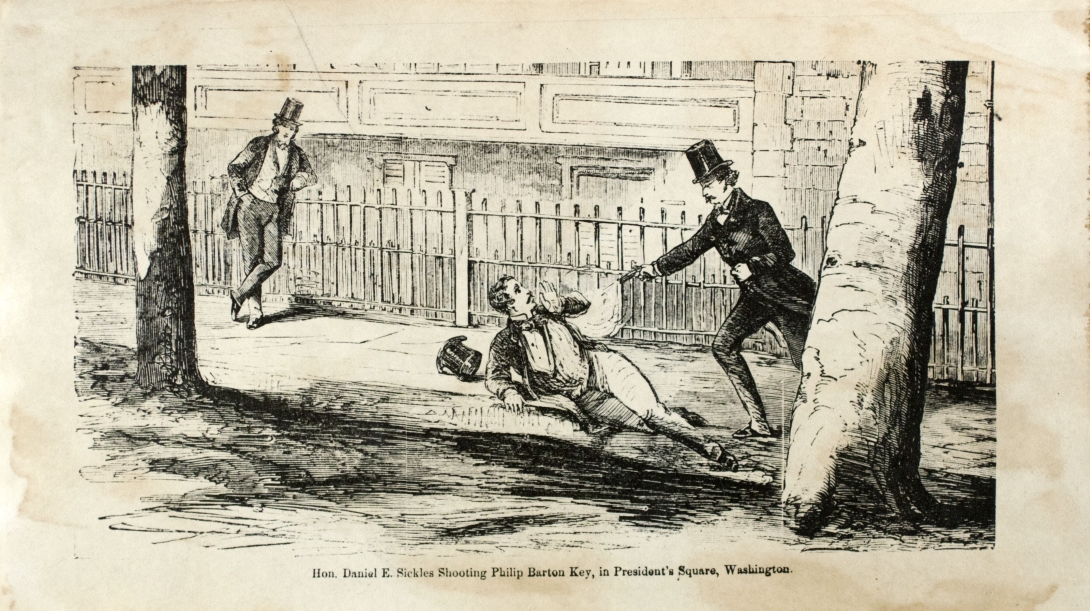 The Congressman Who Got Away With Murder

It was the scandal that rocked the nation’s capital. On the last Sunday of February 1859, a young New York congressman, Daniel Sickles, burst through the front door of his Lafayette Square townhouse, stormed across the park and shot his good friend, Philip Barton Key, three times.  Key died soon after, and Sickles gave himself up to the law.  The resulting trial was a national sensation, no more so than when the verdict was rendered against the congressman:  not guilty.  A vulnerable young wife, a not-so-secret hideaway, an anonymous letter, and a white handkerchief all figure into this account of one of the most infamous and outlandish episodes in D.C. history.  Washington Walks founder Carolyn Crouch along with actors Laura Rocklyn, Paul McLane, and Ben Lauer will use newspaper accounts and personal letters to bring it to life.

"It was riveting and so well presented." - Pamela G.