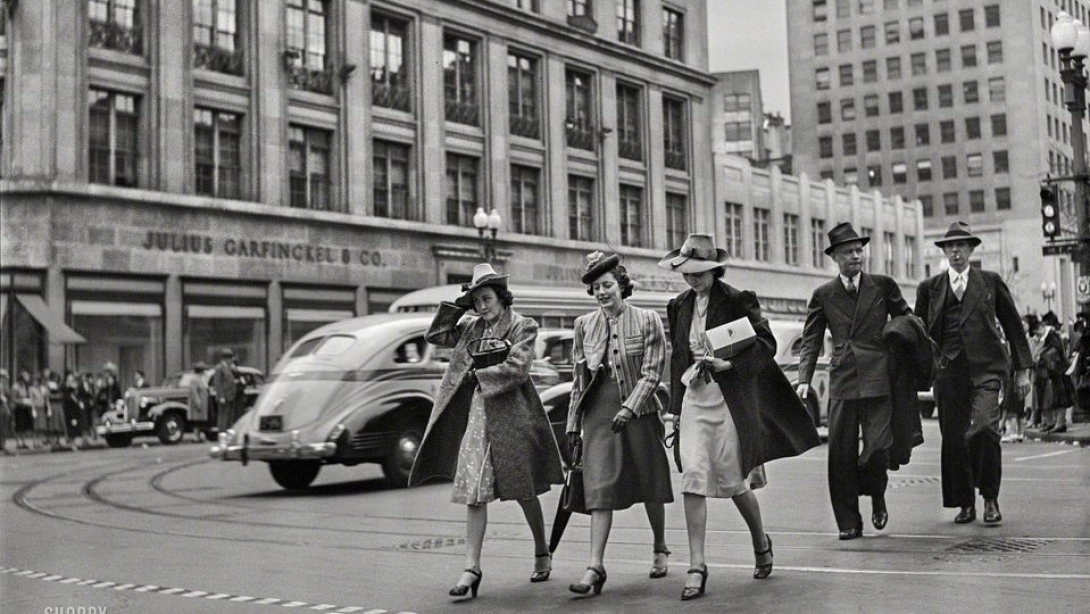 “All women love shopping”--a cliché if there ever was one that plagues half the U.S. population to this day.  But what if instead of a frivolous activity, venturing out to spend time at a downtown department store represented a way for women to find a modicum of freedom from the male-dominated world?  Department stores allowed women to casually socialize, take advantage of chance meetings with other women, and exercise a certain economic power unavailable to them in often regimented day-to-day life.  Brands such as Hecht’s, Woodward & Lothrop, and Garfinkels had flagship buildings in downtown that evolved into stimulating gathering sites for women.  Although today these department stores live in memory only, the buildings that once housed them still stand.  Join this virtual walking tour back in time and discover how a woman’s seemingly simple outing to a D.C. department store was, in fact, an expression of freedom.

Meghan Hanson is a licensed Washington D.C. tour guide. After graduating from Indiana University with a degree in Anthropology focusing on Museum Studies and Art History, Meghan spent 10 years living in Chicago, where she became fascinated with how the story of a city is told.  She regularly leads in-person and virtual tours for A Tour of Her Own.

This virtual experience is being offered in partnership with our colleagues at A Tour Of Her Own, the first Washington, D.C. tour company to focus exclusively on women’s history.  Join guide Meghan Hason and Tour of Her Own Founder Kaitlin Calogera to discover a new way to enage with women's history in the nation's capital!

"I never knew this topic had such a rich history. I learned a lot!" - Zoe F.