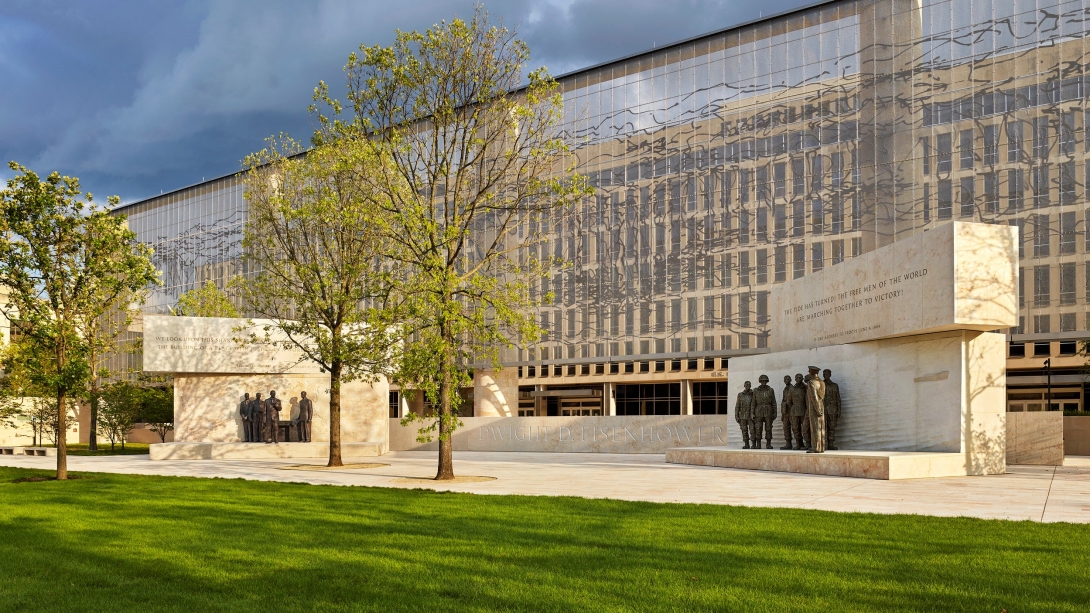 The recently dedicated Dwight D. Eisenhower Memorial to the nation’s 34th president was authorized by Congress in 1999, when Bill Clinton was president.  Join Washington Walks founder Carolyn Crouch and visual artist Matt Pearson for an exploration of how architect Frank Gehry's ingenious yet controversial design conveys Eisenhower's legacy and how it impacts its Southwest D.C. surroundings. Photos and video will be used to trace the project's two-decade-long evolution.

"I loved the thematic treatment, the stunning visuals and pictorial choreography, and the history of the site and design process.  I can only think that Eisenhower would have appreciated the spirit of compromise that reconciled competing visions of how to portray the life and legacy of perhaps the greatest military and civilian American leader since George Washington."  -John G.