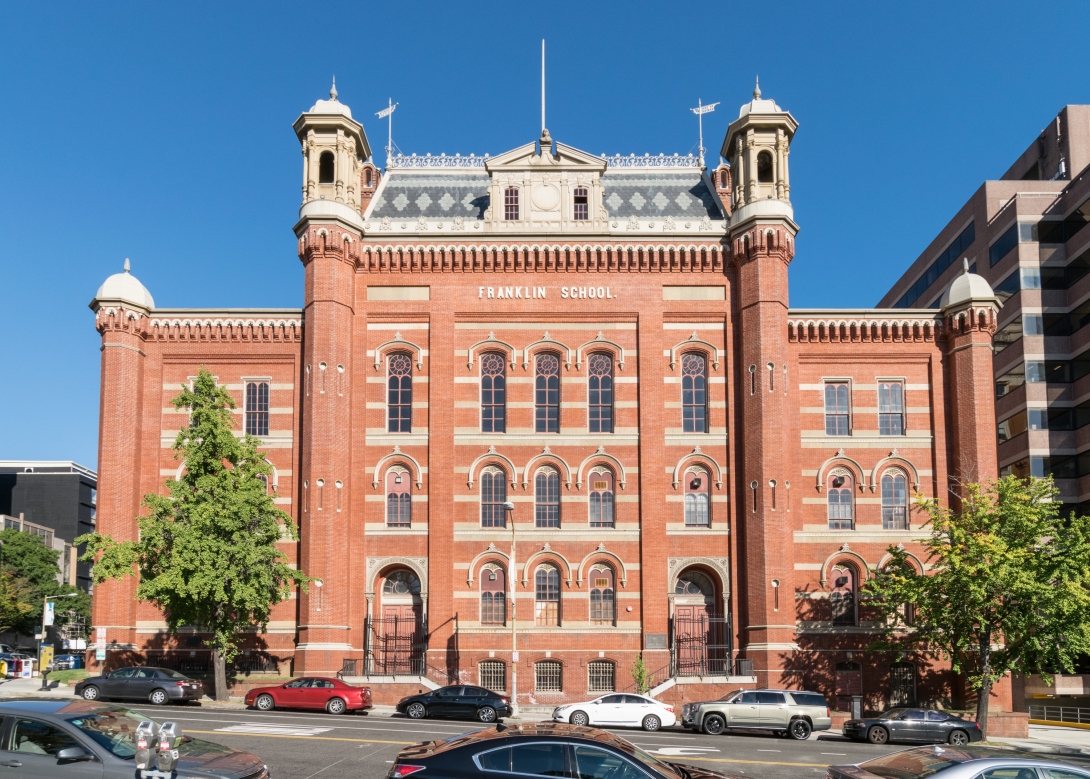 On Saturday, October 3, Planet Word, a museum its founder hopes will “inspire and renew a love of words, language and reading,” will open its doors to the public.  Planet Word occupies the former Franklin School, a majestic 19th-century building flanking the east side of Franklin Square in downtown Washington.  Visitors arriving to explore its immersive galleries will step into the same light-filled spaces and climb the same wide stairways as hundreds of white D.C. public school students once did when the school opened to acclaim in 1869.  Franklin School’s innovative design won awards for its architect, Adolf Cluss, who would go on to design the similarly well laid out Sumner School for African American students.  In fact, Cluss quickly became the city’s leading architect.  By 1890 he had designed:

Find out why Adolf Cluss is one of the most consequential architects in D.C. history—yet one whose reputation often goes unsung.

This walk is inspired by our “From Franklin Park to Mount Vernon Square “ walking tour and will be led by Washington Walks founder Carolyn Crouch.