Steven Spielberg directs Daniel Day-Lewis as America’s 16th President, focusing on his final months in office. Lincoln pursues a courageous course of action designed to end the Civil War, unite the country, and abolish slavery.  Although set almost entirely in Washington, D.C., Spielberg ultimately shot his 2012 film in another city to capture the look and feel of the 1860s nation’s capital.  Film critic Mike Canning explains how he did it and why. 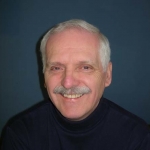 Mike Canning is the long-time film critic of the Hill Rag and author of Hollywood on the Potomac: How the Movies View Washington, D.C. It was the first publication to offer a comprehensive look at the intersection of the capital and the movies—how Washington, D.C. has been portrayed in American movies. His reviews can be found at http://mikesflix.com. Mike was a Foreign Service Officer for 28 years, working as a press and cultural officer in eight countries on four continents. He and his wife Judy have made their home on Capitol Hill for 53 years.