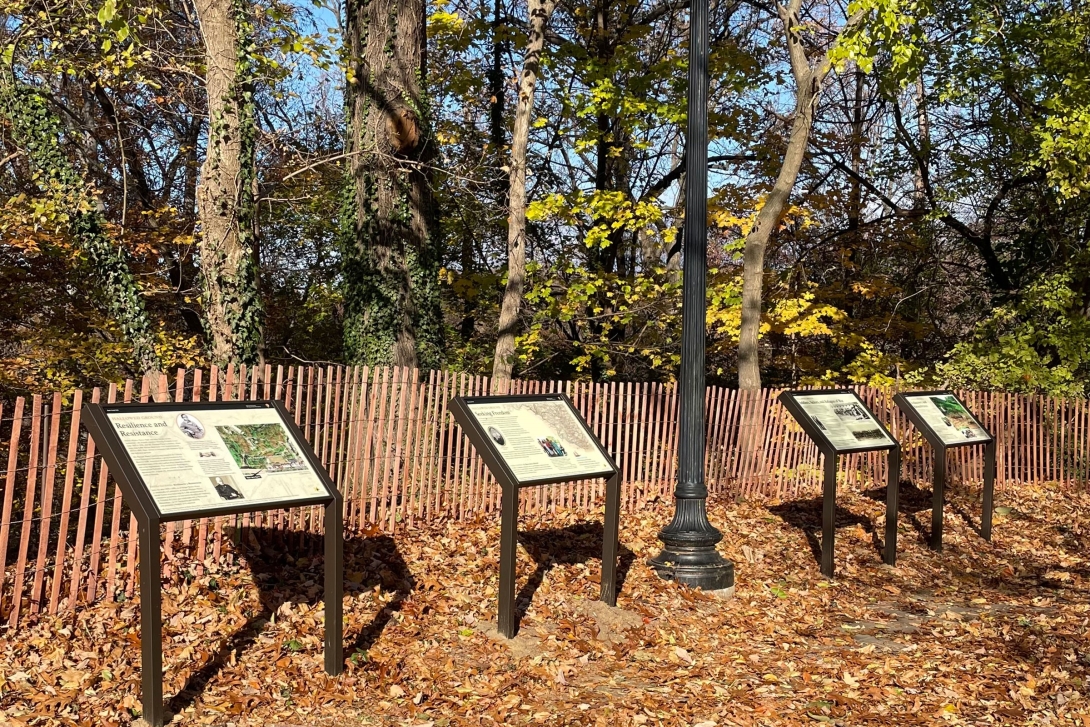 In 2005, concerned community members successfully blocked city plans for a major construction project at Walter Pierce Park in Adams Morgan. The planned project would have caused further destruction of two nearly forgotten African American and Quaker cemeteries that once occupied the site, which is located just east of Rock Creek, between Calvert Street and Adams Mill Road.

Although today the cemeteries are nearly invisible, more than 8,400 Washingtonians were laid to rest there. The large African American cemetery—known as Mt. Pleasant Plains Cemetery—was in operation from 1870 to 1890. The much smaller Friends (Quaker) Burying Ground was in use from 1807 to 1890. Hundreds and possibly thousands of graves remain at the site, according to scientists.

Mary Belcher leads the grassroots group that has worked for 17 years to protect and commemorate the Walter Pierce Park cemeteries. The group is made up of descendants of the buried, their allies, and anthropologists from Howard and American universities.

In her talk, Mary will tell us about the Black activists that established Mt. Pleasant Plains Cemetery, including their ties to Washington’s Underground Railroad. She’ll describe the archaeological finds and continuing efforts to commemorate the cemeteries.

Mary Belcher is a long-time Adams Morgan resident, independent historian, and professional artist who paints cityscapes and maps.  She was a newspaper reporter and then a spokesperson and writer for the Iran-contra Independent Counsel’s investigation. She didn’t know that the work to protect the cemeteries at Walter Pierce Park would take so long.