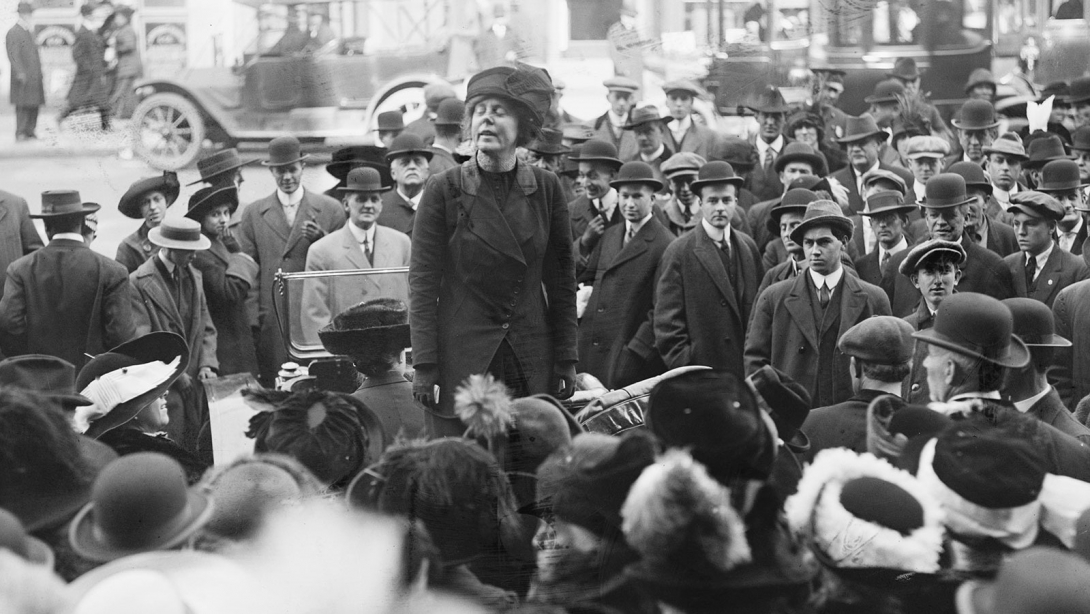 Lucy Burns and the "Night of Terror"

When the women of the National Woman's Party were sentenced to prison in November 1917 for picketing the White House, they had no idea what awaited them when they arrived at the Occoquan Workhouse in Virginia.  On the night of November 14, 1917, known as the "Night of Terror", the superintendent of the Workhouse, W.H. Whittaker, ordered his guards to brutalize the suffragists. One woman, Lucy Burns, was chained by her hands to the cell bars above her head and left there for the night.  It was Burns who played a crucial role in supporting her friend, Alice Paul, leader of the American suffragist movement.  Hear the story of the infamous night in 1917 and the Brooklyn, New York-born, Oxford, England-educated Lucy Burns, who refused to rest until the 19th Amendment was ratified.