One of the best tours of the nation's capital occurs in this Frank Capra-directed classic.  "More fun, even, than the Senate itself . . . not merely a brilliant jest, but a stirring and even inspiring testament to liberty and freedom," declared New York Times film critic Frank Nugent.  Jimmy Stewart portrays Washington's youngest senator, who exposes corruption in high places, almost at the cost of his own career.  With Claude Rains, Jean Arthur, Thomas Mitchell and Edward Arnold. 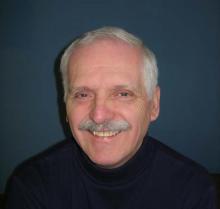