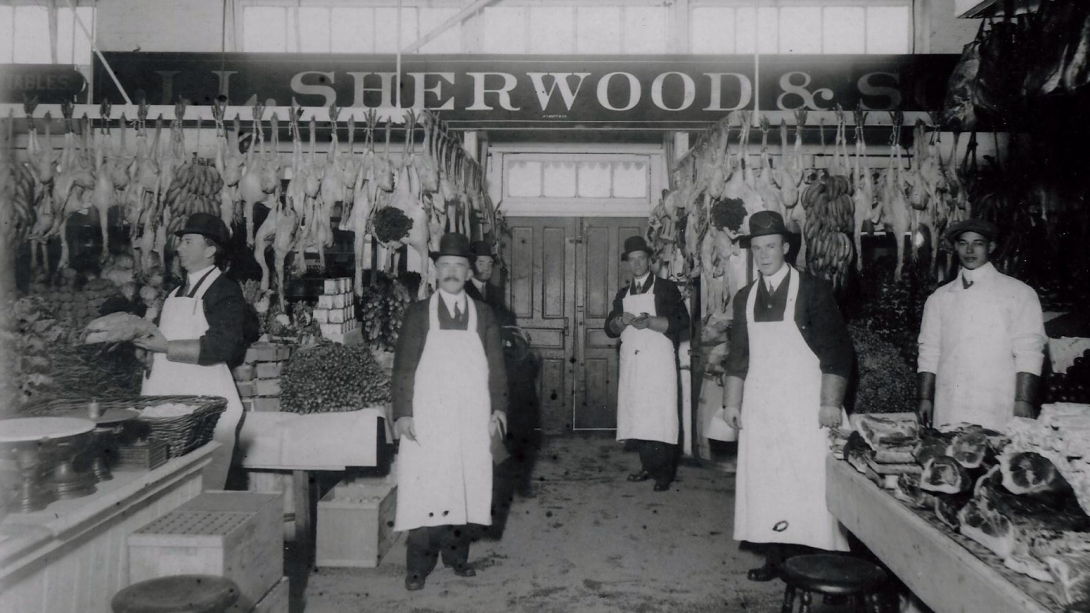 The Sherwoods of Brookland

D.C.’s Brookland neighborhood was influenced by different development partners in its formative years, but perhaps none more interesting than a pair of brothers, James Lewis Sherwood and his younger brother Jesse Randolph Sherwood, Jr.  Although the family’s 1886 farmhouse can still be found tucked away behind the former Howard University Divinity School and its gracious mausoleum seen in Rock Creek Cemetery, it was movie theaters that raised the family’s profile in Northeast D.C.  Join Sherwood descendent and former Washington Walks guide Emily Morrison to hear not only about the family’s connections to D.C., but also about how taking two Washington Walks tours set Emily off on a quest to learn more about the historic Sherwoods of Brookland.

Emily Morrison has lived in Washington since 2009.  During her tenure with Washington Walks she led "The Most Haunted Houses" tour.  Emily can be seen on stage at various area theaters. She won the 2018 WATCH Award for her performance as Dr Vivian Bearing in Wit. Emily wrote and performed her solo show, But Love Is My Middle Name! for the 2012 Capital Fringe Festival.  She served as president of the Actors Center from 2012 until April 2020 and works as an account executive for WAMU, D.C.'s NPR station.