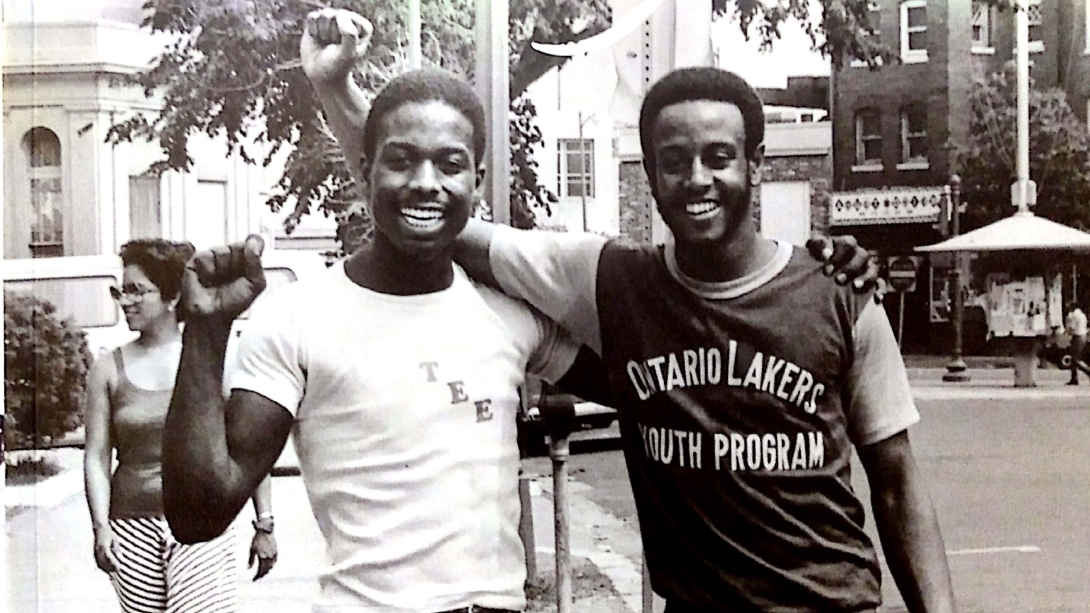 Walter Pierce and the Story of Community Park West

This is a story about what is possible when people get together to act on a dream.

An Open Space in Adams Morgan

In 1965 a group of Black teenagers in D.C.’s Adams Morgan neighborhood needed a place to play—so they took over a four-acre tract of vacant land owned by local real estate speculators.  Led by a teenager named Walter Pierce, they and their neighbors created a commons out of the land, a free space for all sorts of activity, eventually including basketball and baseball games for Ontario Lakers, a sports team founded by Pierce.

How a Public Good Outweighed Development

Over the course of ten years, the teenagers grew into young adults and, with their older neighbors, figured out how to care for and govern the space themselves.  When, in the mid-1970s, the space they had created was threatened with development into market-rate townhouses, the group pressured the District government into using its power of eminent domain to take the land from its owners in order to main it in perpetuity as a protected public park.  It was a major victory:  the space, known as Community Park West, was saved.  In 1994 the site was renamed Walter Pierce Park, and its importance to D.C.’s Black history continues to unfold.  Join Prof. Amanda Huron and hear about a moment in D.C. neighborhood history when public good outweighed a developer’s ambitions.

Amanda Huron is an Associate Professor of Interdisciplinary Social Sciences at the University of the District of Columbia.  She published Carving out of the Commons: Tenant Organizing and Housing Cooperatives in Washington, D.C. in 2018.  Her research interests are in housing, urban geography, and the history of Washington, D.C.  She is a native of Washington.