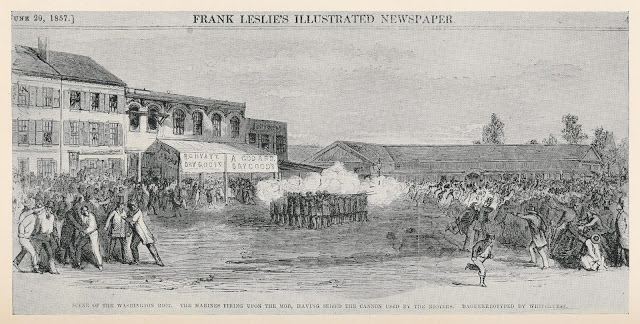 In 1857, radical conservatives of the "Know Nothing" party in Washington, imbued with contempt for Roman Catholics, mounted an extraordinary attempt to forcibly prevent the naturalized citizens of Washington from voting in local elections. The result was the infamous Election Day Riot on June 1 at a polling station just south of Mount Vernon Square. The New York Times called it "one of the most daring insurrectionary riots of bloodshed and murder that ever disgraced a city."  How did the riot start—and how was it stopped?  Streets of Washington blogger John DeFerrari provides the details, including how the episode left Washingtonians with “a tangible sense of the tragic consequences of religious intolerance in political affairs.”