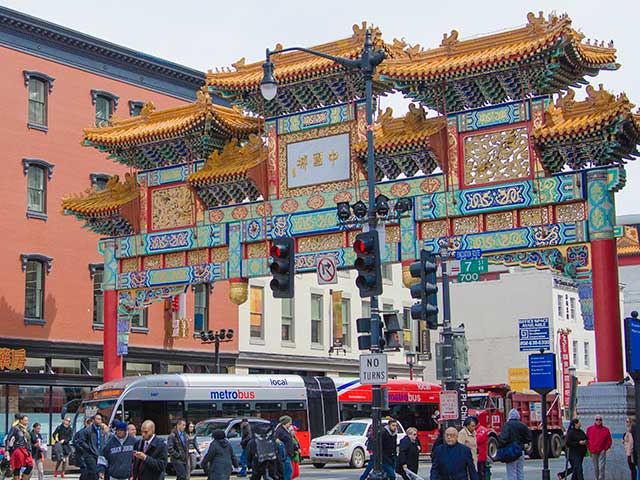 Where is Penn Quarter?

What Can You See in Penn Quarter?

Hip hotels, restaurants, and loft apartments have sprouted up amidst attractions like the Shakespeare Theatre, National Portrait Gallery, Capital One Arena, and National Building Museum.  That most of these are housed in buildings constructed during the 1800s is what makes this walk an irresistible urban scavenger hunt to discover a bygone era – a time when Chinese, German and Italian immigrants lived and worked on and around Seventh Street.

Who Once Lived in Penn Quarter?

If you know where to look, you can find the old U.S. Patent Office where newcomer Emile Berliner filed applications for the first microphone and disk record ever invented, where Jewish families attended synagogue, where Chinese Americans forged a community, and where German Catholics formed a parish.

Don't miss this chance to experience downtown Washington, D.C. in a new way!

Email info@washingtonwalks.com for a private or group tour quote.